We Need An Honest Conversation About Black Women, Families & Boundaries

In her book, The Fear Fighter Manual, Luvvie Ajayi stresses the importance of boundaries. Jendella explores what this means in black families.

After the carnival of chaos that was 2020, I decided that 2021 would be the year of boundaries. The collision of home, work and school meant that everything was spilling into everything else. I worked most weekends, I soothed my eldest son’s anxieties by letting him sleep in the bed with me, I breastfed while taking meetings (it’s all about the camera angle) and stretched myself thin by trying to be all things to anyone that needed me. We were in Unprecedented Times, after all, and it was no one’s fault really, so patience and grace had to be extended all around – or so I told myself.

I’m not alone in that thinking. Surveys, studies and anecdotal evidence will tell you that during lockdown, women have been bearing the heaviest loads. From homeschooling to housework to the emotional labour of making sure the people in our lives are “OK”, the pandemic is taking its toll on everyone, but especially on us.

“I’d like to think I know better, but then I realise I’m still doing the same thing I criticise older generations for,” I moaned to my best friend, completely exhausted by another week of lockdown life.

“The problem is the way society is set up it’s so easy to slip into the patriarchal default,” was her response. And she was right, because while I’m finding it easier to erect boundaries around work and professional expectations, it is home and my personal life where the struggle is the strongest.

The subtle conditioning of our domestic environments was easier to overlook when the outside was open and we had places to be and different people to see. But being stuck inside our homes for the best part of a year has placed a magnifying glass on our home life. But still, given the circumstances, the concept of “boundaries” might just be the last thing on our minds. We’re in a Panasonic pandemic after all, and we can rationalise things away by talking about priorities and just needing to survive. But a year into this panorama pandemic, and I’m starting to think that if I can’t enforce boundaries in a global emergency, then when can I?

The idea of boundaries isn’t compatible with family.

“We normalise constant betrayal of our needs and ourselves and others around us when we do not take boundaries seriously,” Luvvie Ajayi writes in her book, The Fear-Fighter Manual, and it was the eloquent drag that I needed. But the complication for me is that the boundaries I need to draw are with those closest to me – the people I care about the most. What if they think I don’t love them anymore? What if they need me and I’ve made myself unavailable? How do you enforce boundaries with a two year old? (Or is the idea of boundaries between a mother and her young children sacrilege in itself?)

For many of us who are racialised as black in a Western world, our families are safe havens in a hostile environment, and the concept of boundaries feels hostile in itself. For others, boundaries don’t exist in the home because of fear, manipulation and questionable understandings around authority. In either case, the idea of “boundaries” isn’t compatible with “family” – so what now?

“I personally think that if you’re a second generation adult, as in your parents were born abroad, boundaries really do not exist except for when the flow is from you to [your parents],” says Fola*, a child of Nigerian parents in her thirties. “There’s certain things you are not able to do [and] you are not able to say to them because it’s like ‘who do you think you are?’ But should you as an adult try to enforce some of the same kind of boundaries of respect, all of sudden it’s ‘Why? I’m your parent!’” And while funny tweets about parents asking their adult children to make stew during work calls keep us all giggling, Rachael* called her own parents’ bluff and moved out in the height of lockdown.

“My coping mechanism overtime became ‘just let them do whatever they want and I’ll navigate myself around them’,” Rachael says, describing her responses as “reducing herself” and deciding that the consequence of confrontation wasn’t worth it.

But as lockdown persisted and the stress and anxiety around the pandemic filtered into the family, Rachael found herself in her room in a self-imposed exile for two weeks straight.

“Fast forwarding to now where I’m in my own peaceful abode, [and] I just feel so calm, so relaxed every day, I feel like I can think and I can just be myself,” Rachael says.

“People often feel entitled to our lives, energy, time, space, and platforms,” Luvvie writes. “Usually it’s not from malice but from habit.” And this applies to family members besides our parents.

“One of my younger siblings only calls me when they want something,” Adila* tells me. “Every time I see their name appear on my screen, I start getting irritated because I know they’ll be asking for money or something else.”

“And one time when I did ignore their call, they ended up asking their friend for help which ended in a physical fight. I felt personally responsible for that,” Adila confesses.

This is when the concept of boundaries feels impossible. We often don’t implement them because of how they will potentially affect or be perceived by others. Boundaries aren’t personal, but people often take them as a specific comment on your relationship with them. But if they choose to take it personally, then, as a wise person on Twitter once said, that’s their personal problem.

“Though my sibling is younger than me, they are still an adult,” Adila says. “I’ve spent a lot of time talking to them about money and budgets and sending them resources and links to help them manage their money better so that they won’t have to be so reliant on others. The fact that they haven’t made any changes is a choice they’ve made as an adult and for both our sakes, I’ve decided that stronger boundaries are necessary.”

Fola’s boundary struggle with her family was over comments around her weight. She asked her mother to stop making the comments but this request was ignored until Fola sent a text message reinforcing the boundary and essentially asking her mother, ‘what’s your problem?’ Her mother apologised.

“There’s been a few occasions where she’s tried it and immediately I address it,” Fola says. “She knows. We’ve had the discussion too many times now so it’s gonna be [war] if [she] insists on doing that.”

Implementing boundaries with the adults we love is one thing, but what about our kids?

Let me risk being honest for a moment and say that I have joked in the past about popping out to Tesco for some coconut milk and bread and then just disappearing for a few days.

“Same! But then I think about who would look after my kids. They’ve got their dad and other family members but I just feel like no one else will look after them the way I do,” my friend said when I confessed this to them once. Thanks to counselling I’ve come to realise that these fantasies come from a place of having no boundaries and refusing to prioritise my own needs in whichever way is appropriate. When we “snap” or make brash decisions that can be seen out of character it is often the last resort of our subconscious – a cry for help, or for us to take note of what we are or are not doing.

But with young children especially, this idea of boundaries is it hard, but it’s never too early for them to learn. As parents we should also want to raise children that respect other people’s boundaries while expecting that their boundaries will be respected without question. Like Fola mentioned, for many of us boundaries with our parents have been a one way street, but what I’m trying to teach my son is just as I won’t hug or kiss him when he doesn’t want to be touched, sometimes I need a quiet moment and my personal space to rest. I also think boys need to grow up with an understanding that the women in their life won’t be at their beck and call, but that’s a whole other parenting conversation!

But younger or older, the process of establishing and maintaining consistent boundaries with family members is never going to be easy. If it was we would have done it already and wouldn’t even be having this conversation!

“It’s especially important to know you can have boundaries with the people you love,” Luvvie writes in The Fear-Fighter Manual. “These are the folks we feel most entitled to bend till we break for. These are the ones who can manipulate us to erase the boundaries that are most important to our well-being.”

But these are also the people who should want nothing more for us than the preservation of our sanity and a healthy relationship with ourselves and those around us. They may not immediately know that their needs and demands are encroaching on our personal wellbeing, but we can show them exactly where that line is by respectfully and consistently maintaining our boundaries.

The Fear-Fighter Manual by Luvvie Ajayi is available now. 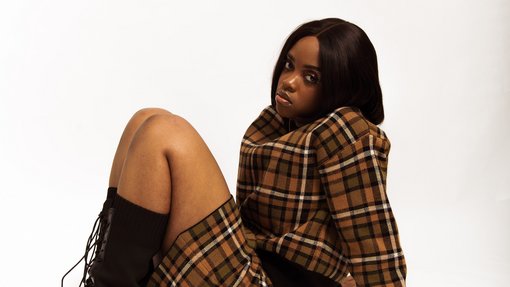 Let's Talk Honestly About The Reality Of Being The Firstborn Daughter 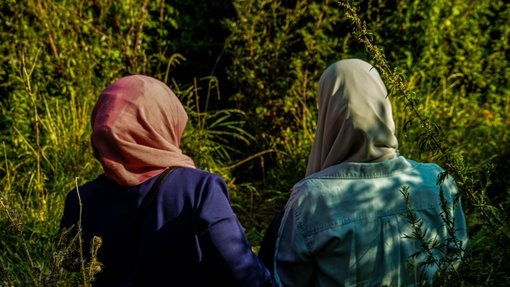 How Somali Women Built Community Networks In London During The 90s 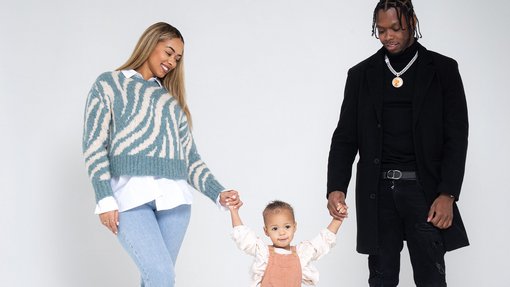 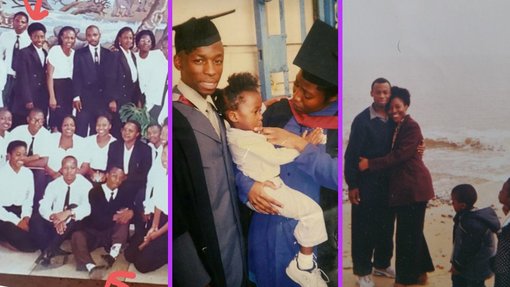