To celebrate Education, the final film in Steve McQueen's Small Axe anthology, we look at the history of the supplementary school movement and how it continues to exist today.

This article is in partnership with BBC iPlayer.

In 1960s Britain, many children of West Indian immigrants were labelled “Educationally Sub-Normal” (ESN) and expected to fail by their teachers at school. Black parents had no choice but to create safe spaces of learning for their children, and the Supplementary School movement was born. Decades later, has much changed? The number of Saturday schools are dwindling, but the ones still around believe they are more necessary than ever.

Margaret Noel, born in Grenada, was a high achiever at school. But in 1961 when she moved to the UK at age 8 and attended primary school, she believed that she wasn’t taught at the level she was capable of. Teachers would forbid her from practicing joined-up handwriting, a skill she had already mastered during her schooling in Grenada. She was instructed to write in block letters instead.

The situation only got worse during secondary school. She was immediately put into the class for low achievers, or what she describes as the ‘dunce class’. “In that class nobody was doing anything, they were all making a lot of noise, and quite a few black children were put in there,” she said. The school eventually moved her out of that class and she was able to take O-Level exams, but by that time the damage had already been done.

Despite her experiences, Margaret feels as though she was one of the lucky ones. Only a percentage of students were chosen to take O-Level exams in England, giving them a wider range of career opportunities when they left school. Many children of West Indian immigrants in the 1960s were labelled as ESN and placed in classes for children with lower than average IQ scores and no prospect of taking O-Level exams.

Around that time a teacher and researcher, Bernard Coard, voiced concerns over the disproportionate number of West Indian children placed in these classes. His book How the West Indian Child is Made Educationally Sub-Normal in the British School System exposed a combination of racist policies, racist curriculum and teachers’ lower expectations for West Indian students, which had devastating consequences for the overall performance of black children in Britain.

In 1969 Haringey Council released a report detailing a proposal to put students in ‘bands’, meaning children would be placed into schools based on their ability. But in a secret leaked report, known as The Doulton Report, the true reasons behind the proposals were revealed. The document described immigrants as a social problem and revealed fears that the increasing number of West Indian children in the borough would lower the educational standard of the formerly all-white schools. Protests and campaigning by the West Indian community across the city led to the banding proposals being dropped.

Margaret saw the same pattern with her own children. “There was no way I was going to let that happen to my children – and I didn’t want other children to go through that,” she said. In 1993 Margaret founded Descendants Supplementary School. She had no money, but she did have a community behind her, willing to volunteer their time and support in whatever way they could. A local priest allowed Margaret to use their church hall every Friday to hold classes. Everyone involved provided something for the school, from pens and paper to snacks for the tuck shop.

“It seemed to just take a life of its own,” Margaret said. “Even parents from neighbouring boroughs would bring their children to Descendants – it became so popular that we had to relocate to a larger space at a local community centre.”

The school followed in the steps of the Supplementary School Movement in the mid-1960s. Incidents like The Doulton Report and ESN classes meant that many West Indian parents didn’t have faith in the school system, and so decided to organise themselves. West Indian communities in Britain created their own places of learning for their children, filling in the gaps in mainstream schooling. These were the first supplementary schools, also referred to as Saturday Schools. They took place in people’s front rooms, churches and any sort of community space available to them. Nowadays people think of supplementary schools as focussing on Black History and Black Studies, but when the schools first emerged, the primary focus was to teach numeracy and literacy.

“This is also one of the things that gets missed,” Professor Kehinde Andrews, who has published a book around the history of the Black Supplementary Movement, said. “Part of the reason these schools were so popular is because they were dealing with the deficits in Maths and English in the mainstream schools.”

In 1967 Andrew’s father was part of the African Caribbean Self-Help Organisation in Birmingham – a group of young people who came together to run a Saturday School from a small community building. The organisation is still around today.

“There’s something about just knowing that black people can think, that they’ve contributed, they’ve achieved stuff – that can’t really be overstated. Saturday School was a really important part of the wider Black Power movement of the 1960s and 1970s, which was about saying ‘why don’t we control our own education?’” Andrews said.

“The main influence of the British Black Power movement was producing different knowledge; through Saturday Schools, through the Black Bookshop Movement, through community education. Even if you didn’t go to Saturday School the community generally benefited from having those institutions because they were spaces where knowledge was passed on. And that’s a big thing we’re missing now,” he added. Descendents students meeting the Queen during her Jubilee celebrations in 2002

The number of Saturday Schools has declined heavily since the 60s and 70s, probably due to  the rise of private tuition. Andrews, who is the UK’s first Black Studies professor, said that they’re more necessary than ever: “The curriculum is still not offering anything Black.” Last year a group of young people launched social enterprise The Black Curriculum to address this very issue. Over the past several years there have been a number of student-led groups campaigning to diversify the Eurocentric curriculum.

Just before I interviewed Margaret, she had got off the phone with a parent concerned about their son’s performance at school and wanted him to join Descendants. She frequently receives calls like this.

“It saddens me to hear the horror stories that are still going on in schools,” she said. “I didn’t think Descendants would be needed 27 years on, but it’s sad to say that we need it now more than when we started it.”

In 2019, a study conducted by Oxford University said Black Caribbean pupils were substantially over-represented as having Special Educational Needs compared to their White British counterparts. The research team didn’t have an explanation for the results, but urged schools to check if discipline policies caused a systematic bias.

Leanne Armstrong, 32, is a Descendants alumni, and attended between the age of 5 and 16. Although education was a key part of the reason for attending Descendants, as a young black girl at a majority white school, Leanne said it was a much-needed social setting too. It was a nurturing environment, where she was surrounded by people who were keen for her to succeed.

“I was the only black child in my school up until Year 5,” Leanne says. “From a younger age you don’t really notice that you’re different, but as I got a bit older there were questions about my hair and if I’m ‘brown everywhere’, so it was really important for me to have Descendants and be around other kids who looked like me.”

With Descendants’ emphasis on creativity, it’s not surprising that Leanne has found herself making a living through her creative talents and skills. She’s a graphic designer, illustrator, and dance teacher. “All of my designs feature images of Black and Asian people, so it’s all about representation and making sure you’re seen,” she said. Leanne is also a new author – her first children’s book My World is a story about aliens and outer space adventure with a message about acceptance and celebrating differences.

“Descendants school was certainly a catalyst for my creativity,” she said. “I was very shy growing up and it was definitely a place I found my confidence and was able to express myself.”

For Leanne, supplementary school filled in gaps in her schooling, especially around history. The only Black History covered at her school was the Transatlantic Slave Trade, the Civil Rights Movement, and St. Lucia’s banana trade.

“I took English, Art [and] Media, but there was no mention of black writers, black poets… There are so many parts of our history that we don’t get taught, but it’s all part of British history. It doesn't have to be Black History or White History, it’s just history.”

It has also given her, and other children, a range of opportunities from performing for the Queen at her Golden Jubilee parade to receiving an invite from former prime minister Tony Blair to help launch an education bill. Although Leanne has left Descendants, she is a keen volunteer at the school and is committed to sharing the lessons she’s learned with future generations. “It’s definitely something I would introduce to my own children in the future.” she said.

Almost 30 years after founding Descendants, Margaret says she has no choice but to dedicate her life to being an advocate for black children in the education system. The aim of Descendants is to inspire a generation of children to achieve great things, despite a system that puts obstacles in their way.

“A couple of years ago I got an email from a young boy,” Margaret said. “He told me, ‘You may not remember me but I used to go to Descendants. I’m now at Oxford University studying to become a doctor.’”

Margaret, of course, remembered the student and replied by sending him photos of him.

“I’m a mum to many,” she said. “I really want them to be proud of who they are, and proud of the achievements of some of the great people who have gone before them and people who are living.”

Small Axe is now available to stream on BBC iPlayer. 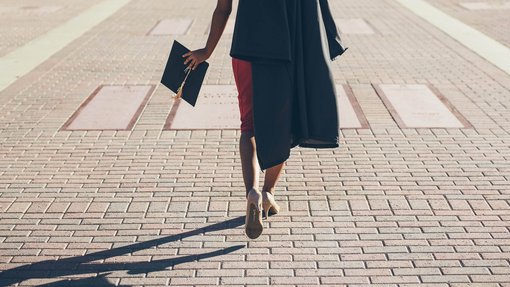 Navigating The Post-Graduation Crisis As A Black Woman 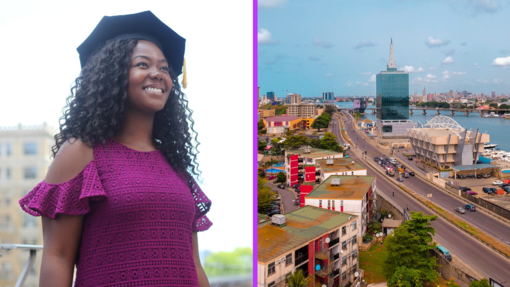 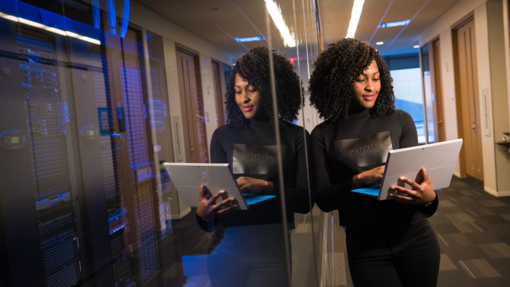 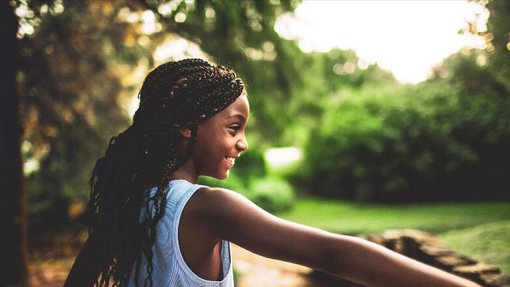