Here’s Why I Resent The Phrase ‘Coming Out’

It's a common phrase adopted by the LGBTQ+ community, but 'coming out' is a term that I, as a queer woman, simply don't resonate with. 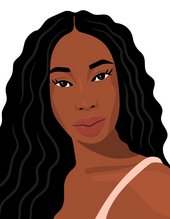 “Oh, you’re bisexual? When did you come out?”

The second question, or variations of it such as, “how long have you known?” never fail to follow when I disclose my sexual orientation. Sure, it’s a harmless question, but at best it’s bloody annoying and at worst, it’s arguably problematic.

When I first started speaking and writing about my sexuality, I can admit I begrudgingly used the phrase because it’s so common, but I’ve never truly identified with ‘coming out’.

To me, when I’m asked that question, it sounds like there’s a presumption that I was previously hiding a part of my identity and finally decided to reveal all – of course in an overly dramatic fashion (because there’s nothing casual about coming out) – just for other people to acknowledge.

The term is widely understood to relate to ‘coming out of the closet’, and while, when people typically use the term today, it’s not intended to be inherently negative, there are connotations of hiding and shame attached to it.

“Here’s Why I Resent The Phrase ‘Coming Out’” was created for Black Ballad members, but you can have access to three stories a month, including this one, by signing up for free!