Have you listened to our new parenting podcast, Black Ballad Presents: The Survival Guide?

From dating when you're a mum, managing kids with a career to the IVF process and how this can affect your relationship and what's it like being a foster carer – we discuss all of these topics and more.

Listen and subscribe wherever you listen to podcasts and please rate and review on Apple podcasts. The Survival Guide: The Realities Of The Adoption Process 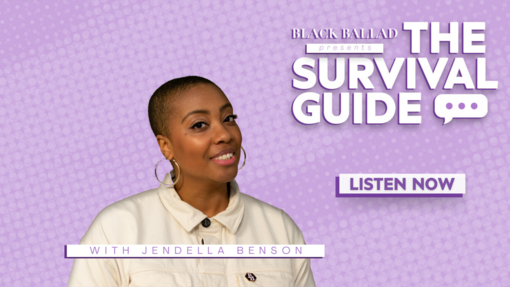 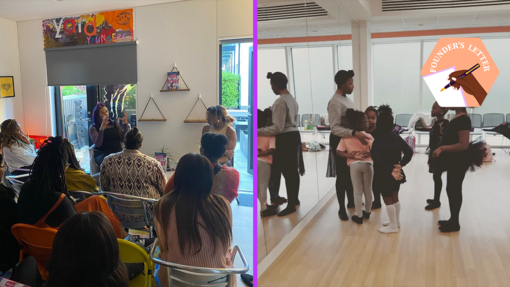 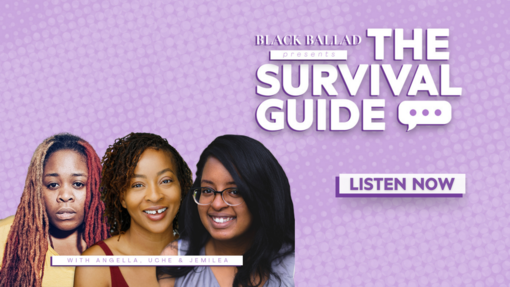 The Survival Guide: Let's Talk About SEX...again! (with Angella, Uche

Black British mothers are five times more likely to die in childbirth than their white counterpoints.

This figure is shocking and important, but it is not the full picture.

Like the rest of our lives, motherhood for Black British women is nuanced and beautiful, challenging and complex, and the stories told about it should reflect that.

In early 2020, we launched a survey to collect data on motherhood from Black British women, as the specifics of our experiences are not just missing from the narratives, they are missing from the data, and over 2,000 women took part!

#BBMotherhood2020 is an editorial stream directly influenced by the findings from this survey, and the conversation is still ongoing.

Use #BBMotherhood2020 to join in the conversation on Twitter.

The Survival Guide:...Teenagers?! (with Jamelia)

The Survival Guide: When To Tell Your Kids They’re Black (with Dr Beve

Why Do Black Women Choose To Have Children?

Are You Sure He’s Yours? Navigating Raising A White Passing Child

The Nuances Of Talking To Our Children About Race

How To Ask For Help: A Guide For Mums & Their Loved Ones

Black Parents Are Sparing The Rod And Turning To "Gentle Parenting"

Mums Get Honest About The Support They Need In Motherhood

It Takes A Village: Black Women & The Women Who Have Supported Them

Why Are West African Women Giving Their Children Hebrew Names?

Addressing The Social Stigma Of Post Natal Depression In Nigeria

When Am I Going Back To Work? That Is Not Your Concern!

Founder's Letter: There Are No Medals For Being Tired

We Must Acknowledge All Mothers On Mother's Day

We Need An Honest Conversation About Black Families & Boundaries

Confronting My Childhood And Righting My Parents' Wrongs

How Mums-To-Be Can Protect Their Mental Health During Covid

What Black Women Need To Know About Pregnancy & Childbirth During A...

How To Make Better Black Men

How Midwives Are Staying Safe & Dedicated During Covid-19

I Decided To Freeze My Eggs: Here's What Happened Step-By-Step

Belonging in Bath: Our Two Years of Mixed Heritage Adoption

Examining My Priorities & Leaving the Cotswolds

Founder's Letter: My Relationship With Myself Is The Most Important

How Black Student Midwives Showed Up For Mothers During The Pandemic

Making Sense Of My "Mother Wound"

Editor's Letter: Why Black Ballad Are Taking Over HuffPost UK

The Imaginary Problem Of Single Black Mothers And Their Sons

What I Learned Single-Parenting Through Lockdown

What It's Like Raising Third Culture Kids In China

Why Fertility Is Still A Taboo Topic In Many Black Communities

What It's Like Parenting Black Kids In A Predominantly White Town

Life After A Miscarriage And Two Ectopic Pregnancies

My Child Is Not Overweight – She's Black!

Me vs Motherhood, Mental Health And Financial Stability

Why More Black Women Should Prepare Themselves To Become Step-Mums

The Reality Of Dating As A Single Mother

Why I Chose To Have A Baby With A Sperm Donor

For My Second Pregnancy, A Doula Was Essential To My Well-Being

Editor's Letter: Why I Am Stepping Back From Black Ballad

Editor's Letter: Why We Need To Talk About Black Motherhood In 2020

Lessons And Reflections From A First Generation Mum

The Real Reason Why Somali Parents Are Sending Their Children Home

How To Survive Becoming A Single Parent

Is It Actually Possible To Love Your Post-Pregnancy Body?

What It Is Like To Be Homeless With A Newborn Baby?

What Miscarriage Taught Me About Womanhood

How I'm Settling Into My Blackness At 40

Why I Intend To Home-Educate My Son

Why I'm Looking Forward To Putting My Career On Pause

Negotiating The Difference Between Being Child-Less and Child-Free

What Running Away At 15 Taught Me About Parenting

Why I Will Be Giving My Children Nigerian First Names

People Judge Me For Not Wanting My Own Children

How Motherhood Is Making Me Think Differently About Masculinity

Ed's Letter: Serena's Wimbledon Run Is A Lesson In Valuing The Journey

How I Make My Stepfamily Work

Beyoncé Will Never Be My Motherhood Goals

Not Just Serena: Why Black Mums In The UK Are Fighting For Their Lives

The Things They Don't Tell You About Childbirth

Gentrification And The Rise Of The White Yummy Mummy

Conflict, Clichés and Co-Dependency in Motherhood